How does it work ?

The configuration specifies what a protocol stack looks like. It is typically built on a controller. For example, the following is a stack that represents a web server: 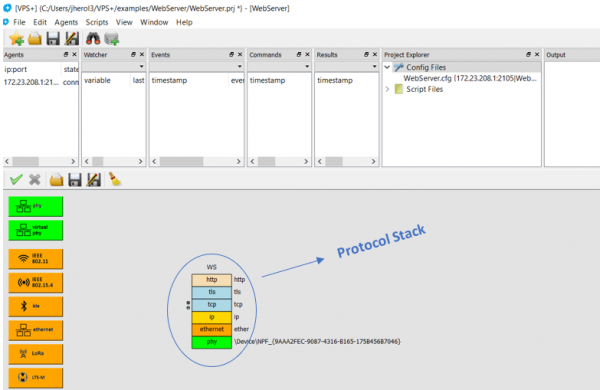 The configuration is deployed on the target device and becomes its communication stack.

Most times, the stack is not enough to provide full functionality. In those cases, coding is needed. Netualizer relies on a scripting infrastructure based on LUA programming. LUA is lightweight and highly optimized to run on highly constrained embedded IoT devices. For example, the following piece of LUA code runs together with the web server stack above: 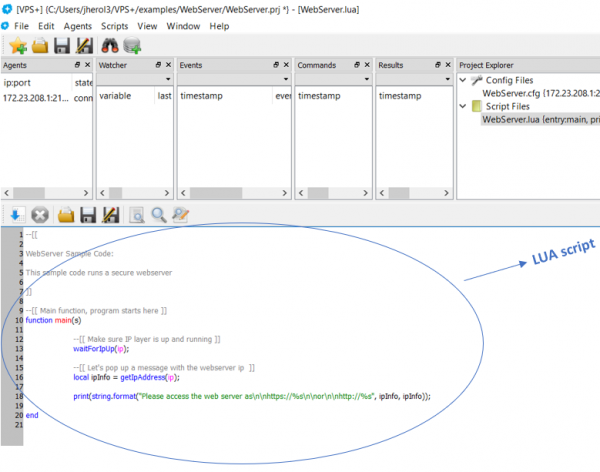