VPS+ is a fully distributed architecture that relies on agents that interact with controllers: 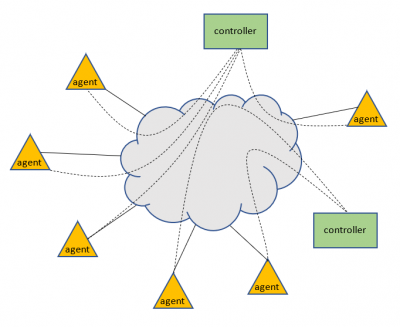 Agents provide services that can run on physical hardware (i.e. embedded devices and general purpose computers) or on virtualized setups and containers. The agents are provisioned and configured by the controllers to dynamically support any possible communication stack. This includes physical, link, network, transport and application layers and application. The controllers can drive agents or can program agents to drive themselves for permanent deployment.

For example, consider this scenario: 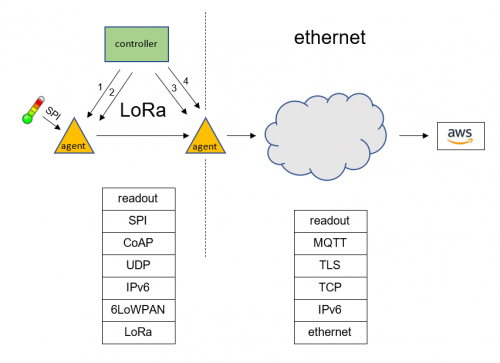